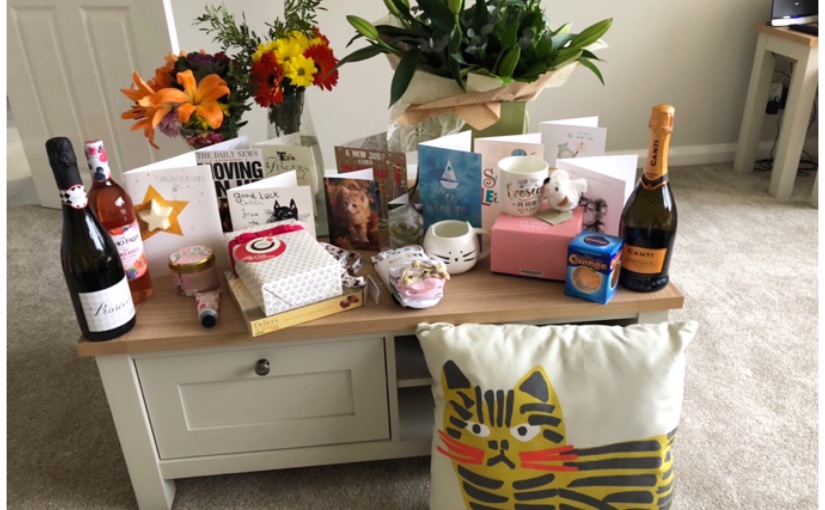 Oh my god I’ve said it a million times now but I honestly had the best night ever! I swear I made the best friends at work. After working there for almost 9 years it was hard to say goodbye to some people 😩

So so grateful for everyone organising me a fab leaving do too.

We went to prezzo. I was told to be a few minutes late too… Which was so worth it. The effort they went to decorating the table & making it look pretty for me 😍 I had a balloon & a massive bouquet of flowers on the table. Not to mention bags of presents & bottles of prosecco.

One of my colleagues bought some wind up animals, put plasters & bandages on them & a little note asking for me to help them… because they’re injured. That might give away a clue as to what my new job is 😜

We were going to go somewhere else after for some drinks but I think I peaked early… 🙄 haha! My food was delicious, as always! And we made our way through plenty of prosecco & cocktails. I don’t think I’ve laughed so much in a long time. Thankyou to everyone again for all chipping in & paying for me as well. 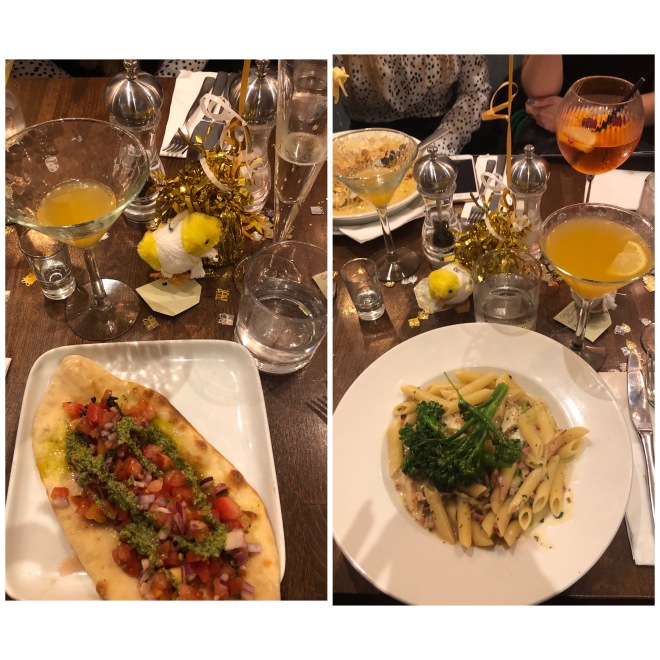 Now this is my favourite photo of the evening. The three musketeers. Loved working with these girls. Genuine friends too 😬😀 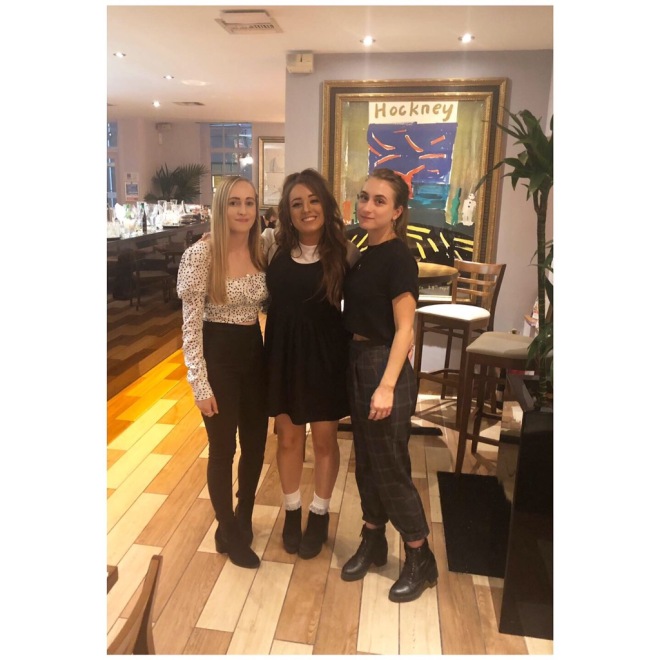 This weekend we celebrated our 3 year anniversary. I mean 3 years…how?! How has the time gone that fast? 🙈  I still remember our first few dates like they were yesterday!

We went out for dinner at one of my favourite restaurants, Market Bistro. It’s actually closing next week, which I am so gutted about so it was definitely a no brainer for where we were going to go for dinner. We had two courses, plus a little tasting dish to start & obviously I had some prosecco 🍾 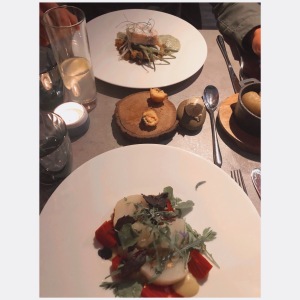 I love this restaurants sourdough bread…. Literally drooling just thinking about it. All homemade too. I can’t even explain to you how good this food is. So much flavour & so much thought goes into the presentation. Look at my panna cotta 😍

I cooked for Sam & we had a lovely chilled evening in on the Saturday. We watched a film on Netflix & enjoyed some treats 🙄 probably too much, but oh well 💁🏽 if you haven’t watched it, we watched look away. Was actually quite good!

Look at my stunning flowers that Sam had delivered for me!! The florist is actually one of Sam’s friends & honestly she knows me so well. She gets my flowers spot on every time! They’re from Lily Jayne Florist. I bought Sam some cute date night idea cards from not on the high street & Lindt chocolates, which I hope he will share 😂 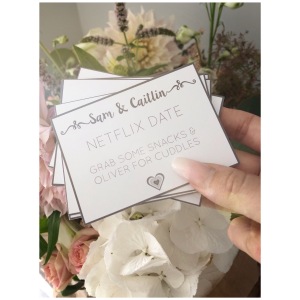 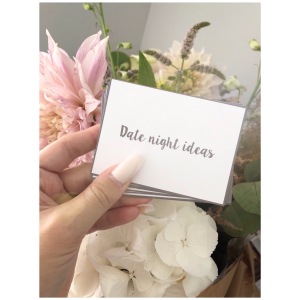 Thanks for another fabulous year Sam! Here’s to many more 💞 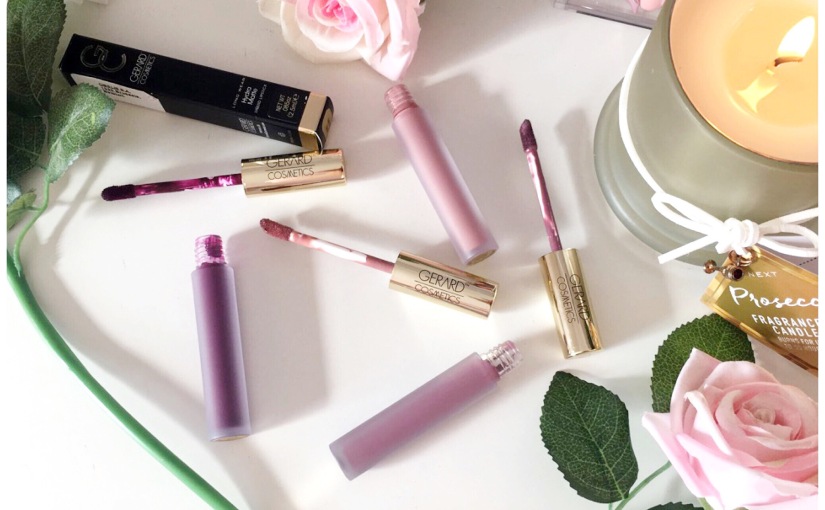 I thought I would share with you some of the things I got given for my birthday. Sorry if this bores anyone 🙄

I love asking for practical things that I don’t really want to buy for myself 🙈 so I asked my mum to get me some new pjs, dressing gown etc. It’s just one of those things I can never be bothered to go and buy. So I got given some cute primark pjs & dressing gown. They have Marie from the aristocats on 🐱💕 love that film. These are sooo comfy. I also got a new money box/prosecco fund 🍾🤔 haha it’s so me. A bottle of Lacoste perfume, as I keep using the same ones over & over I thought a different one would be nice. My brother got me a bottle of rosé, a photo frame of my nephews, the little cuties & some chocolate. I sound spoilt already 🙈 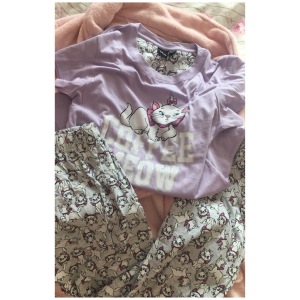 I got so many goodies from my lovely co-workers. I was given a debenhams gift card, which I think I’m going to buy some new makeup with.. duh 🙄 A kenzo perfume which smells lovely. The lady who bought this said she always picks me one she would wear because I always tell her she smells nice 🙈😂 some soaps, scrubs, candles & mojito sweets (yum) from others 👌🏼 people know me so well 💁🏽

Sooo many bottles of rosé & prosecco. Thanks Hannah, Jade & Colleen. A cute little necklace & coco pops lip balm too. Steph always buys something different 💁🏽 it tastes so good. Not that I’m eating it 😂 I got a cute delivery from bloom & wild from Meg, this was really kind. They’re still looking beautiful in my room now! 💐  I also got some nice mermaid makeup brushes from my little mini me, Reilly (Colleens little one) which I’m going to do her makeup with 💁🏽😍 plus some more candles & chocolate 🍫

My boyfriend & his family:

More makeup brushes!! Plus a brush holder 😜 this time spectrum ones. Loads of Gerard cosmetics liquid lipsticks, 💄 including a new shade I’ve not tried yet, wine down. Lots more chocolate of course.. I’m seeing a theme here. Loads of good bath bombs from bomb cosmetics, soaps & skincare treats from lush, just loads of goodies to keep my skin looking fab. Lucy (sam’s sister) also baked me a cake. I’m a very lucky girl, she even spelt my name right 💁🏽 haha! His auntie even bought me a lipsy bag, it’s a grey colour & it is literally spot on me 😍 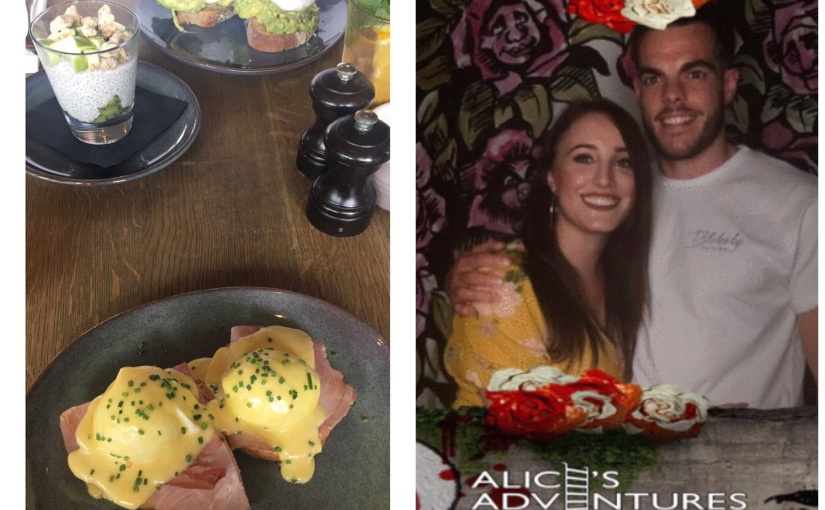 Myself & Sam have celebrated our 1 year anniversary on 17th August. We did a few different things for it . I had to share with you all.

So I decided to treat him to a good present seeing as he seems to enjoy treating me every weekend. I bought us Ed Sheeran tickets & kept it a secret from him. So pleased with myself haha. I let him know in his card, so at 6am that morning I basically threw the card at him, haha! He was pleased so mission accomplished 👌🏼😄

He got me the cutest card ever, it obviously had dogs on it 😂  I had a bouquet of flowers delivered to my door, he treated me to a meal out at a lovely restaurant along the coast & he bought us tickets to a London show (which you will see later on) I really am a lucky girl.

We ate out at a restaurant called the lifeboat inn, thornham. Such a lovely place. We have eaten out in thornham before & loved it so we thought we would give this restaurant a go. It had such a cute feel to it, plus it’s on the coast so they allow dogs in, sooo many cute little angels in there 🐶 anyway, the food was perfect! Plus the service was good, they kept apologising for a wait between starter & main, which we really weren’t fussed about. We wanted to spend the evening there so we did 👌🏼 for 3 courses each & an alcohol drink each it came to £64, which we thought was reasonable. We would definitely go back 🍾

So the show we went to…Now I honestly can not tell you how amazing & fun this was. We went to the vaults in London, it was a show but an interactive one. It was called Alice underground, based on Alice in wonderland. I want to tell you all the ins & outs but I don’t want to spoil it for everyone. But basically you go into different areas & rooms that have been created for the different characters. You get to run around, eat tarts, drink potions to make you shrink, chat with the characters & if you’re lucky enough to get picked, like me, secret missions need to be completed. We honestly had such a great day. Sam booked the tickets through designmynight & they were £37.50 each. A bargain for an hour & a half in London.

We started the day off with a delicious breakfast at the lighterman too.. With a cocktail 🍹🙄 of course 💁🏽  to those who don’t know, eggs benedict is my absolute favourite breakfast.

I feel like we really did celebrate 🍾💕 and I know I am a VERY lucky girl to have him. Love you Sam 😘 (if you ever read this) 😂 does anybody else’s other halves read their blogs?

So I find it gets harder & harder to buy for my mum for her birthday. I usually do a spa day or a meal but thought I’d switch it up a bit this year. I’ve decided to do a bit of a mini makeover for her bedroom 🛌

Recently we have had our nephews start staying every other weekend so they have obviously taken over the living room haha (not complaining at all) but I thought surely that means our bedrooms being the right sort of space to really relax in is even more important 🤔 I know that my mum would never think to buy this sort of stuff for herself, & I love furnishing rooms 🙄 so what a perfect idea. I am in no way good for money so it’s not a major makeover, but just enough I think.

I went on to matalan website to get a few bits & pieces. Candle holders & fake flowers 💐  Perfect little finishing touches to a girly bedroom. I tried to match it to the sort of colours that she already has in her bedroom, I think I’ve done an alright job… I was really pleased with the price of these. The little tealights candle holders were £2.50 each & the faux flowers with vase were only £5. Not too bad right?! 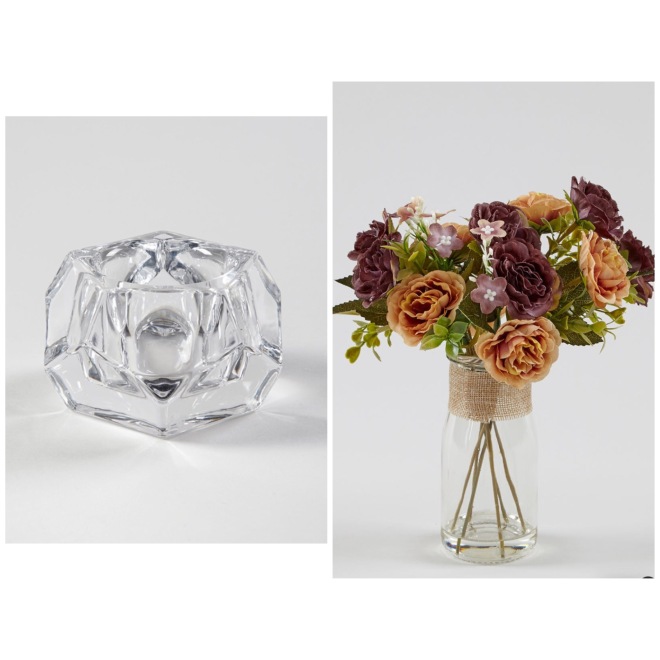 I then had a look on Amazon because my mum has a super King sized duvet, they aren’t as easy to find. Bargain to be fair on Amazon, I just hope that it’s okay quality at only £24.80.. It’s the perfect colour for her room so yaaay. From Amazon I also got some cute silver coasters which were only £8 for a pack of 4. Just something to glam the room up a little too.. I love doing this sort of thing 💁🏽  I also decided to get her a new alarm clock seeing as hers is like at least 20 years old! This cute little alarm clock ⏰ was only £9.99. I need one for myself 🙄

Does anybody else enjoy buying home stuff? 🙈

So I was super pleased with the outcome 💁🏽 I hope my mum liked it as much as I did. What do you normally do for your family’s birthdays?